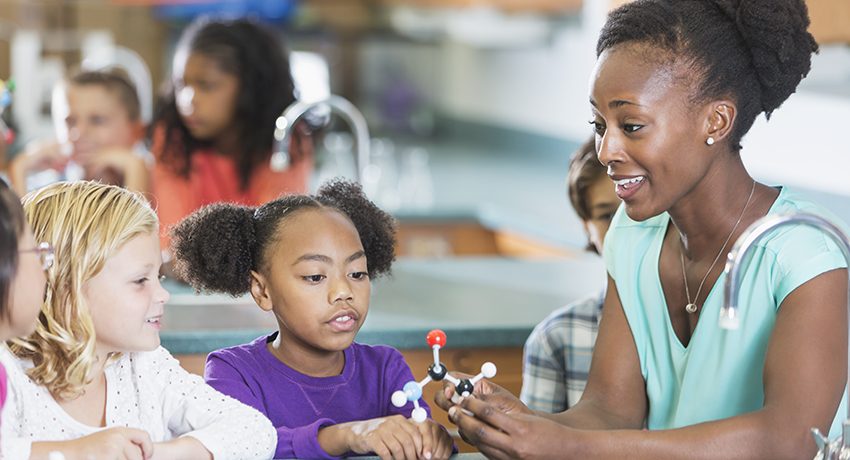 WSU to Help Increase Diversity Among Math and Science Teachers

Worcester State University is one of the partners the Massachusetts Department of Higher Education has enlisted to help fulfill the mission of its new $1.5 million grant from the National Science Foundation to develop MassTeach. This will create a new model for increasing and diversifying the ranks of educators who are prepared to teach science, technology, engineering and math (STEM) in high-need school districts.

The five-year grant was awarded through NSF’s Robert Noyce Scholarship Track. It is the first of its kind awarded to a state higher education system and will be used to simultaneously address two critical issues: the overall shortage of trained and licensed STEM instructors and the lack of under-represented minorities currently teaching in the commonwealth’s K-12 classrooms.

The new program, intended to be both sustainable and scalable, will utilize “A2B” (associate-to-bachelor’s) degree pathways that are part of the statewide MassTransfer system. MassTransfer allows students to begin their undergraduate education at one of the state’s community colleges and then transfer to any state university at a substantial cost savings and without a loss of credit.

DHE developed the MassTeach program in collaboration with campus administrators, faculty, and staff. The grant’s pilot phase with be launched by three regional partnership teams:

“Worcester State University has been educating teachers for the region’s schools since 1874, including Worcester’s first two African-American teachers,” said WSU President Barry M. Maloney. “We are looking forward to contributing to MassTeach. That work will complement existing programming we offer with Worcester Public Schools and Quinsigamond Community College to make sure those leading our classrooms reflect the diversity we see within those classrooms.”

Worcester State’s Center for Pre-K-12 Initiatives in Education runs the Call to Teaching initiative in collaboration with QCC and Worcester Public Schools. This initiative seeks to address the shortage of teachers of color in local public schools by recruiting middle and high school students of color to learn the craft of teaching in one of WSU’s education programs.

The state’s grant-funded program establishes MassTeach Scholars, qualified students who will receive $20,000 scholarships as well as academic advising to keep them on track to transfer, graduate with a STEM degree, and obtain a STEM teaching license.
By drawing from the highly diverse community college population, MassTeach will cultivate a culturally rich pool of potential educators who are often the first in their family to attend college and likely to reside in economically disadvantaged urban districts where the need for qualified and diversified STEM instructors is most acute.

“What’s exciting about MassTeach is that it is not a stand-alone initiative that will end once the federal grant is spent,” said Massachusetts Commissioner of Higher Education Carlos E. Santiago. “This program is built on the solid foundation of our new transfer system, regarded as one of the most comprehensive and student-friendly systems in the nation. We’re very pleased that the NSF has recognized our ability to effectively move STEM teacher candidates from community colleges to state universities to urban districts where their talents can be put to good use.”

“As we build upon our already strong teacher workforce, we hope to see more people at the front of the classroom who are reflective of the students in the seats,” said Massachusetts Commissioner of Elementary and Secondary Education Jeffrey C. Riley. “I am hopeful that MassTeach will attract strong candidates from diverse backgrounds who otherwise might not have considered teaching.”

Currently, 90 percent of Massachusetts teachers are white, compared with an overall student population that is 60 percent white. A wide body of research indicates that students often perform better academically when they are taught by teachers they can identify with. One of the unique aspects of MassTeach is that it will place new teachers in urban communities where they grew up and attended school, allowing grant evaluators to gauge whether educators’ local roots serve as a catalyst for their retention in the classroom.

Community colleges will recruit potential candidates for entry into the program beginning in fall 2018. Many of the candidates are expected to come from existing STEM Starter Academy programs, which give high school students a chance to take STEM college classes and learn more about STEM careers.

The goal of MassTeach will be to expand to students at all 15 community colleges and nine state universities in the commonwealth within three years, eventually placing 50 new teachers in STEM classrooms with 50 more teacher candidates in the post-secondary pipeline. Further, it is hoped that MassTeach will serve as a new national model for recruiting, training, and retaining STEM educators. 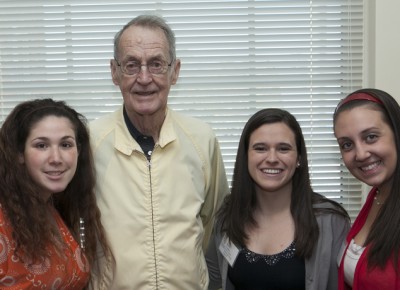 Honors College Will Be Renamed for WSU’s Largest Single Donor

Hundreds of Worcester State University students are beginning to see the impact of a $3.5 million bequest from Lt. Col. James F. Sheehan ’55, USMC, Ret., WSU’s largest single donor who passed away in November 2016. The University recently received the disposition of his estate, money that will provide immediate and significant funding for three areas that Sheehan passionately supported: . . .