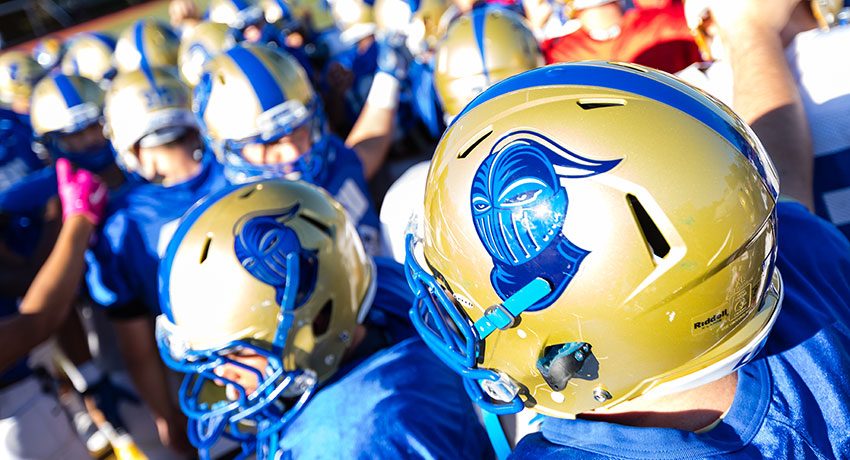 The 2018 fall season was both eventful and historic for the Worcester State University Athletic Department, with 10 of the University’s 20 varsity teams in season. If you missed even a moment of the action, we’ve got everything you need to know:

The Worcester State women’s volleyball team put together its second consecutive MASCAC championship season in impressive fashion. They did not drop a single set in conference play during the regular season and conference tournament. They finished the season with a 23-11 overall record with a 7-0 mark in the MASCAC. They travelled to Babson to compete in the NCAA tournament, but fell to Bowdoin College in the first round. The Lancers were led by Amari King (Lawrence, Mass.) who recorded 320 kills and 345 digs on her way to being named MASCAC Player of the Year. Megan Leavens (Storrs, Conn.) led the defense with 530 digs, Allie Nolan (Melrose, Mass.) led the team in assists with 1,084, and Emily Carens (Northborough, Mass.) added in 282 kills and 258 digs.

The women’s cross-country team also finished the year as MASCAC champions for the second straight year. The team finished first in two of their five meets, including the MASCAC Championships at Mt. Greylock. They added in two more second place finishes and a fifth to round out their season. Elisabeth Olson (Wilmington, Mass.) ran a 5k in 20:03.86 at the MASCAC Championships, which won her the individual title and the MASCAC Runner of the Year award. Mia Rogers (North Dighton, Mass.) represented the team at the NCAA Championships, after she finished 14th out of 400 at the New England Regional Championships where she ran a 6k in 22:21.

The women’s soccer team finished undefeated in conference with a 7-0 record on their way to a 10-7-1 overall record. The Lancers hosted Salem State in the in MASCAC Semifinals, but ultimately lost in penalty kicks. Ali Maldonado (Rutland, Mass.) was named MASCAC Offensive Player of the Year after scoring 23 points with nine goals. Maldonado was joined by Maddie Fong (Norton, Mass.) on the All-Conference First Team. Hannah Foster (Worcester, Mass.) made the Second Team in her freshman season.

A strong postseason run came up just short for the field hockey team, as they were one goal away from advancing to the Little East championship game. A 9-3 conference record gave them a spot in the conference tournament, but they fell to Castleton University in the semifinals in overtime. Michaila Parent (Westborough, Mass.) and Coley Hayes (Norwood, Mass.) were named to the Little East All-Conference First Team and Rachel Hopkins (Chelmsford, Mass.) and Olivia Antonelli (Westford, Mass.) were named to the Second Team. Parent and Antonelli led the team with 18 goals.

Men’s cross-country came in fourth in the MASCAC Championships after finishing second once, third twice, and 6th once in their four other meets this season. Freshman Drew Fottler (Chelmsford, Mass.) finished eighth at the MASCACs, running an 8k in 28:11.68, this performance got him named MASCAC Rookie of the Year and earned him a place on the All-MASCAC team. Patrick Carleton (Tewksbury, Mass.) joined him on the All-MASCAC team.

The Men’s golf team competed in the GNAC this season, where they placed fifth in the Championship match. Freshman Brodie Coughlin (North Brookfield, Mass.) carded an 80 in the second round to secure him a 10th overall finish. The golf team recorded finishes of 3rd, 4th, 5th, 6th, 13th, and 17th in their matches this season They finished their season at the New England Championships, where they finished 17th. Jake Poitras (Harwich, Mass.) had a share of the lead after round one, but eventually finished 16th overall.

Men’s soccer put together a 4-2-1 conference record and a 7-9-3 overall mark this season. They advanced to the MASCAC Semifinals in dramatic fashion, beating Westfield State in penalty kicks. The Lancers were led by Clayton DeMelo (Acushnet, Mass.) and Bryan Brasil (Williamsburg, Mass.) who were both named to the MASCAC All-Conference first and second teams respectively. Brasil led the team with eight goals, five assists, and 21 points. Henri Guilmette (Franklin, Mass.) secured the goal, saving 102 shots this season and only allowing 22, good for a .823 save percentage.

The Worcester State women’s tennis team had a strong regular season in its first year under head coach Stephen Ferris, but missed out on the Little East Conference tournament by way of a tie-breaker for the final playoff spot. The team, comprised of just freshmen and sophomores, was led by sophomore Dominique Alves (Ludlow, Mass.), who became the first Lancer to be named First Team All-Conference in women’s tennis since 2016. Sophomore Emma Collings (Marion, Mass.) and freshman Charlotte Mullane (Sterling, Mass.) were dominant at the number two doubles position for the Lancers, leading the team with an 11-3 record, while Mullane led the team with 21 overall wins with a 10-4 singles record.

The Lancers’ football team had a disappointing end to their season, finishing with a 2-8 record in a season marred with injuries. Noah Brum (Honolulu, Hawaii) led the team with 1,722 passing yards in 15 touchdowns in seven games. Jacob Maher (Marshfield, Mass.) had another impressive season, hauling in 47 passes for 615 yards and seven touchdowns. Dex Andrews (Dorchester, Mass.) led the Lancers on the ground, earning 292 yards on 91 carries. Nicholas Ashley (Worcester, Mass.) anchored the defense with 93 tackles, including four tackles for loss. Gus Ramstrom (Natick, Mass.) and Kyle Driscoll (Spencer, Mass.) led the team with three sacks each.

The Worcester State University women’s golf team competed in its second varsity season in 2018, playing in two tournaments. Junior Olivia Antonelli (Westford, Mass.) and freshman Anna Billings (Meriden, Conn.) were standouts for the women’s golf team this season. The two golfers competed at the New England Championships individually. They both tied for 17th overall in the tournament, shooting identical scores of 222 over the two-day tournament.

On to the Winter:

The season is already well underway for a handful of Worcester State University winter athletic teams. Continue to follow along with the Lancers at WSULancers.com, @WSULancers on Twitter, and @WSU_Lancers on Instagram! 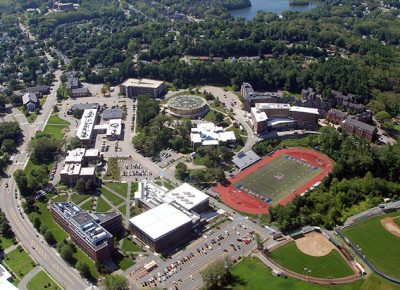 The Worcester State University Board of Trustees voted unanimously at last evening’s meeting to freeze student tuition and fees at their current level for the 2019-2020 academic year. The proposal, which was supported by Worcester State President Barry M. Maloney, also had been approved by the board’s finance and facilities subcommittee before being submitted to the full board for a vote. . . .