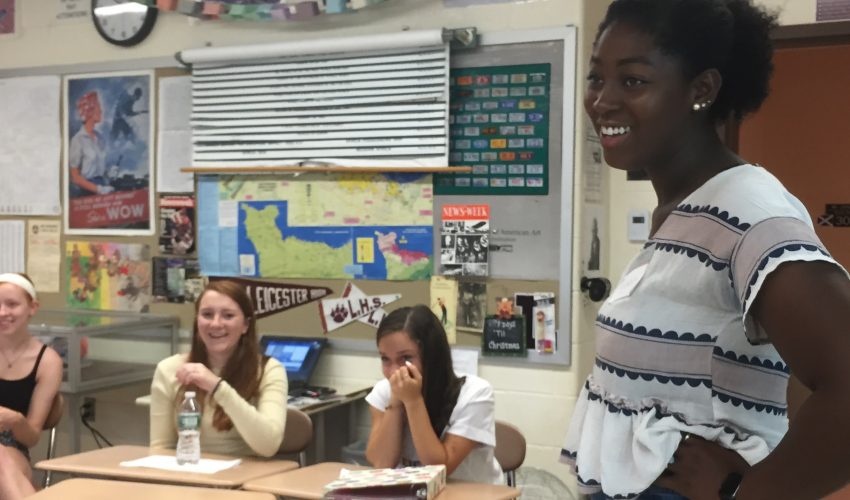 The topic for Constitution Day 2018 is Ranked Choice Voting and whether changing the way voters express their preferences on election day can yield more democratic outcomes. Students from Worcester State’s Binienda Center for civic Engagement will lead students from Jason Grimshaw’s honors Government Class in a debate on Ranked Choice Voting at the Kennedy Institute in Boston.

Constitution Day (or Citizenship Day) is a day of observance recognizing the adoption of the United States Constitution and those who have become U.S. citizens. It is normally observed on September 17, the day in 1787 that delegates to the Constitutional Convention signed the document in Philadelphia. The law establishing the present holiday was created in 2004 with the passage of an amendment by Senator Robert Byrd to the Omnibus Spending Bill of 2004.

Faculty, staff, and students from Worcester State University, UMass Boston, and public high schools in central Massachusetts gather at the Kennedy Institute to engage in discourse on a special topic of importance to democracy. Ranked Choice Voting, which is used in some Massachusetts cites, and widely in the state of Maine, is a way voters express their preferences on election day that might yield more democratic outcomes. 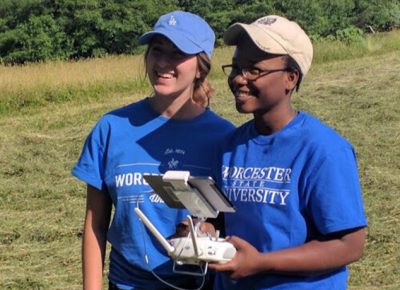 Students Use a Drone to Explore Historic Estate

Two Earth, Environment, and Physics students are using a drone to record and analyze the topography of a historic conservation property in Boylston, Mass. Their work will pave the way for other student research at the site. It’s part of a budding partnership between Worcester State University and the Hillside Restoration Project, a nonprofit organization managing the restoration, . . .