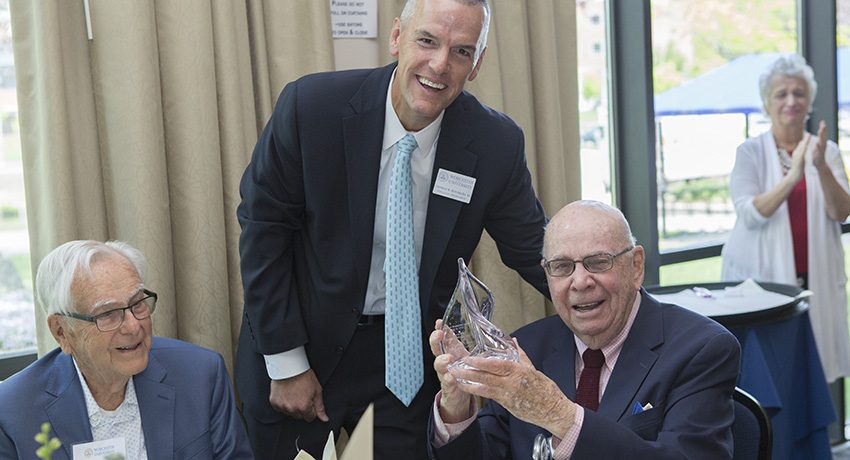 Mullin Receives Freelander Award as a Long-Time Supporter of WSU

“Bob was lauded by his 1953 classmates as a good man to work with, a good man to talk to, a good man,” said Vice President for University Advancement Thomas M. McNamara ’94. “The goodness and enthusiasm that were his hallmarks as a student shine brightly today. They have never dimmed as he continues to embrace Worcester State’s mission through his goodwill, fellowship, and many, many kindnesses.”

WSU President Barry M. Maloney congratulated and thanked Mullin. “The steadfast support Bob Mullin has provided this university, and his passionate commitment to our students, pays dividends for Worcester State every day,” he said. “We know that a scholarship can be the factor that keeps a student on course toward graduation, and he has funded several. On behalf of those students, and the entire university, we thank him.”

Mullin, who celebrated his 65th Reunion with classmates at the luncheon, has funded multiple scholarships for Worcester State students as well as the Professor Grace Kendrick Musical Celebrations Fund to support the music program. He endowed the Eileen and William Mullin Memorial Scholarship to honor his parents and the Francis J. Mullin Memorial Scholarship to honor his uncle.

Most recently, he made a planned gift of $450,000 to support scholarships, with a particular emphasis on Worcester and teaching. All totaled, in cash and bequest, Mullin has committed more than $2 million to Worcester State.

After teaching overseas for six year at U.S. military bases and embassies in Japan, Germany, Denmark, Morocco, and England, Mullin returned stateside and earned a doctorate in education at Columbia University in New York City. He joined the faculty of Queens College of the City University of New York and taught there for 30 years before retiring in 2005.

Established in 2013, the I. Robert Freelander Award honors the professional accomplishments, devotion, and philanthropic support of Worcester State University by individuals or organizations. 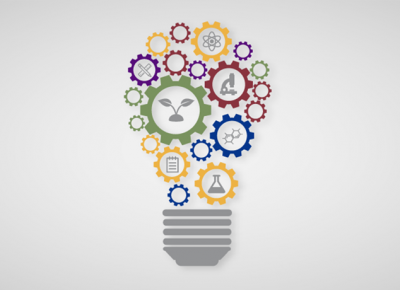 Antonio Guijarro-Donadios and Ana Perez-Manrique (World Languages) have been invited to TRADUIC, a conference in Mexico City, Mexico, being held June 6-8. They sent in an abstract primarily to combine their research with an opportunity to look at how degree programs in translation are constructed. The presentation is an analysis of the integration of the field of translation in the . . .