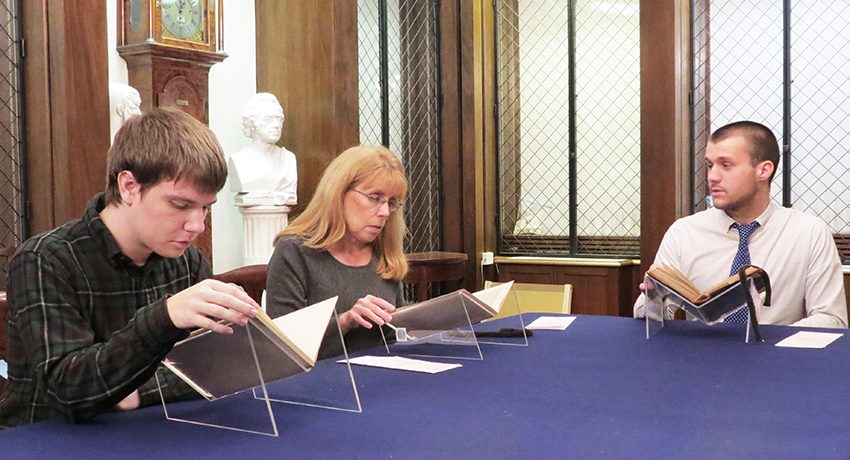 While their projects focus on Worcester’s era of industrialization, the seminar as a whole also is examining Springfield and Lowell from 1840 to 1870. The students are studying under Robert Forrant, Ph.D., a distinguished professor of history at University of Massachusetts Lowell and scholar of Massachusetts’ urban history, along with students from Assumption College, Clark University, the College of the Holy Cross, and Worcester Polytechnic Institute.

Senior Monique Manna, who is majoring in history and minoring in pre-law, is researching how the political activities of Stephen Salisbury II, who was considered Worcester’s most prominent citizen by the 1860s, and Levi Lincoln Jr., who was Worcester’s first mayor, a position he held after serving as Massachusetts’ 13th governor, may have influenced their success in business.

“Both Stephen and Levi were key players at the time in shaping Worcester to what we have come to know, today,” she says.

Manna, a recipient of the Dr. Robert Spector Scholarship, is excited about the opportunity to do research at the American Antiquarian Society. She’s learning a lot about local history, and it is introducing her to researching original manuscripts. “The challenging part is trying to transcribe the manuscripts,” she says. “These are hand-written original letters and documents.”

Senior Travis Nichols, a double major in history and urban studies, is researching the lesser known women of that time in contrast to the prominent families, the Salisburys, Coes, and Washburns. “Although they played a role in the development of the Machine Age in Massachusetts, they have become the forgotten daughters of an era,” he explains.

The class’ tour of Mechanics Hall introduced him to some of the city’s “forgotten women” and inspired him to make them the focus of his project. “Abby Foster and a few others have portraits there,” Nichols says. “It shows that those women have a place in Worcester history.”

This also is Nichols’ “first major experience doing original research.” He’s also looking forward to presenting his paper at the upcoming WSU Celebration of Scholarship and Creativity, and possibly submitting it for publication in an academic journal.

The American Studies Seminar is giving junior Benjamin Kuebler the chance to craft a research project that combines his two majors: history and economics.

“I wanted to know how a city that’s sitting smack dab in the middle of Massachusetts, with no major navigable waterways,” could become an industrial powerhouse, he says.

His premise is that Worcester can trace its economic growth during the period to its role as railroad and trade hubs for a variety of other prospering industrialized cities. “Railroads to Worcester, more or less,” Kuebler says. “Railroads going to major industrial towns from where products could be either consumed, exported, or additional resources imported to Worcester.”

Their projects will join those of many Worcester State alumni in becoming part of the American Antiquarian Society’s reference collection. American Studies Seminar project papers are available to researchers “as summaries to start their own research projects,” Nichols says. 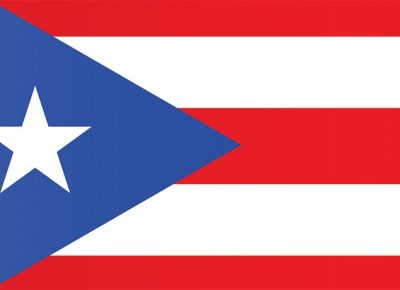 A Worcester State University student-led crowdfunding initiative with a goal of raising $5,000 for Puerto Rico relief efforts will kick off on Monday, November 6, and run until Wednesday, November 15. All money raised will be donated to a local charity working directly with organizations in Puerto Rico to help the island’s residents. “So many students know someone who is affected by the . . .