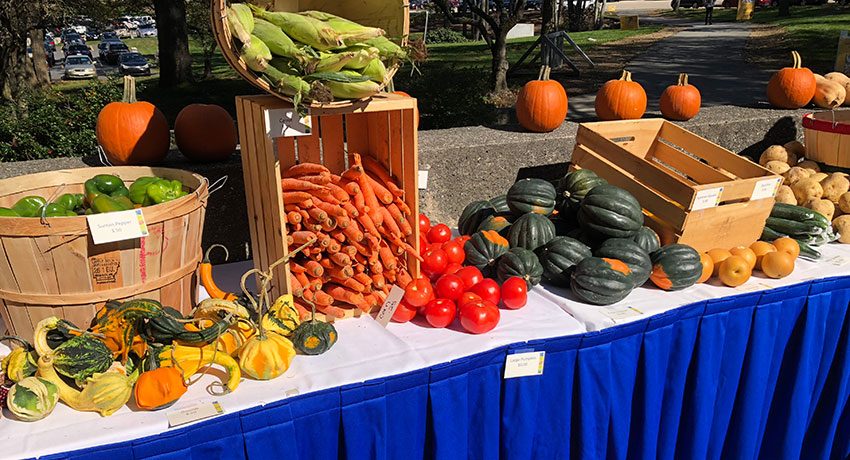 Green is the New Blue at Worcester State

Royal blue is Worcester State’s official color, but the annual Sustainability and Food Fair shows that, these days, students, faculty and staff are thinking green.

Teach-in talks included “Impact of Climate Change on Health” and “Beyond Ramen,” while demonstrations like “Make Your Own Green Cleaning Solution” and “Food Forward Teaching Kitchen,” were a testament to the University’s ongoing encouragement of environmental sustainability.

“The most exciting thing to me about the fair is that it gives people the opportunity to learn about these subjects, which impact every single person’s life,” said Sustainability Coordinator Steve Bandarra, one of the organizers. “Every year, sustainability becomes more and more important. We can pretty clearly say climate change is happening and its effects are significant, and we need to start doing something about it.”

The fair addresses climate change as well as other important topics like the politics of food. A first step toward understanding those issues is getting accurate information about the problems the planet faces and ways to act on a local level to help resolve them, said Bandarra.

Sustainability Fair attendees were able to get clear answers to climate questions at the “Ask a Climate Scientist” table, which was staffed by Worcester State faculty from the Earth, Environment and Physics Department. Muhammad Shayan Sarruth ’22 stopped at the table to ask about air quality and how it might be improved. He said the fair helped raise awareness of other environmental matters he had previously overlooked.

“If you’re not already taking any decisive action, I would definitely say it pushes you in that direction,” he said. “You’re learning about stuff that you probably didn’t consider important before.  You’re learning about where our health and the health of our planet is headed and, if we don’t tackle these problems, what’s going to happen to you and your family and the people around you.”

Outside the Student Center on the Lancer Landing Patio, there was a lunchtime barbecue featuring locally sourced food, including burgers made from beef that came from nearby farms. The local approach helps address the inefficiency of the food system in our country and some of the disturbing aspects of the factory farming of meat. But Bandarra said it’s also important to recognize that there is an environmental cost to any meat eating.

“Meat is very resource intensive, specifically water intensive,” he said. “It uses an enormous amount of water and creates a lot of greenhouse gas, particularly methane.”

Global environmental issues are reflected on the local level as food insecurity and hunger, which is more widespread than many people realize. Anna Johnson ’22 stopped at a Sustainability Fair table staffed by Worcester State’s Hunger Outreach Team, a group that helps students work on anti-hunger campaigns, sign up for SNAP benefits, and fight food insecurity in other ways. Johnson picked up some flyers at the table, including one announcing that a food pantry would open at Worcester State in the spring.

“You might not know it, but some students are hungry,” she said. “It’s really important that everybody not be hungry because you can go to class in the morning and the professor expects you to focus and that’s hard on an empty stomach.”

Other students took turns test-driving electric cars from a small fleet provided by area dealerships. They learned some things that Bandarra, who owns a Chevrolet Volt, already knows, such as that electric cars are very quiet and a lot peppier than many people think.

“It’s incredibly fun to drive,” Bandarra said, of his Volt. “It is so quick and quiet and fast off the line. It’s like a muscle car but it’s just this little sedan. At a stop light I have to make sure I don’t squeal the tires.”

There was no squealing of tires as Alex Dalelio ’21 silently pulled away from the curb outside the Student Center on his third test drive of a Honda Clarity. The total quiet seemed a little strange to an uninitiated observer used to the various sounds gas-powered cars make as they move.

“Overall it was clean. It felt surprisingly smooth,” Dalelio said when he returned a few minutes later. He was especially impressed with technology advances that make electric vehicles more practical these days, such as a system that returns to the car battery the energy generated when you use the brakes. “I’m blown away with how far we’ve actually come with all these new power saving features,” he said.

Dalelio, an environmental science major, doesn’t plan on car shopping for a while but when the time comes he will consider an electric vehicle. “When I trade in my old car I’m actually going to be thinking ‘Hey this is a good idea. I probably should invest in one of these,’” he said. 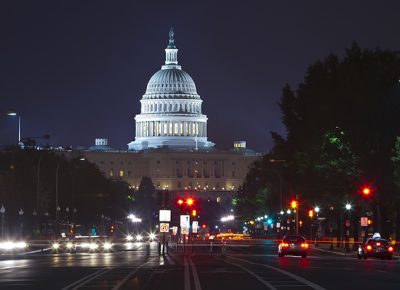 Student Stories: My Journey of Discovery, Part One

Two years ago, in 2016, I remember not having a clue as to what I planned on doing in my life. I wasn’t sure what I would major in, I didn’t know what my interests were at the time, all I knew was that I wanted to make the best out of my time as a student. I came into Worcester State University hoping that I would quickly learn what I enjoyed doing and what I would want to accomplish as a . . .