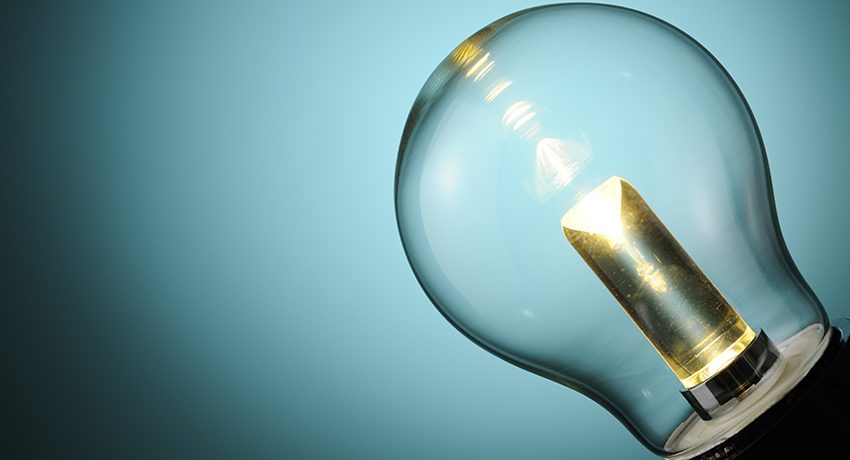 ‘Change a light bulb, save the planet…seriously?’

That’s the seriously engaging title of one of many teach-ins at the 10th annual Sustainability and Food Day Fair on October 18 and 19 on the Worcester State University campus. Switching out your old incandescent light bulbs for more efficient LEDs is a great start, but it’s only one of many climate-sparing actions you might be inspired to take by the wide range of speakers, demonstrations, films, panel discussions, sustainable-food offerings, and other elements of the popular event.

From among a plethora of activities, fair-goers can choose to take a free pedicab ride, pose questions to a climate scientist, meet local farmers, take a garden tour, watch award-winning films on environmental and food-related issues, and help WSU’s Hunger Outreach Team (HOT), which will be collecting food donations hoping to take a bite out of hunger.

Amid the all the fun, Benjamin said she hopes students, faculty, and staff take away a greater sensitivity to concerns about the environment and food issues.

“We hope they talk to vendors and get inspired by activists and green businesses,” she said. “We always hope they gain more awareness to be more self-reflecting and more conscious of the environmental and justice impacts of what they do—and that applies to all of us.”

Benjamin said many faculty members have stepped up to help with the fair, an important aspect in making it the anticipated event it has become. Many faculty members lead teach-ins, and many more bring their classes. “A lot of faculty buy into it and build into their syllabi that ‘This week, this is what we’re doing. We’re paying attention to this,’ ” she said.

“The professors get their students to come and really work it into their plans, and we really appreciate that support,” said Sustainability Coordinator Steve Bandarra. “It’s a successful event because of the support we get.”

The event schedule is color coded and separated into three tracks—one each for food issues, climate change, and other environmental concerns. The tracking is a nod to the fair’s nascent days years ago when it was mostly just teach-ins on climate change, Benjamin said. The food thread derives from national Food Day, which had been observed separately on campus in the same fall time frame as the environmental teach-ins. Three or four years ago, organizers decided to merge it all together and form a two-day fair, Benjamin said.

From the many offerings, Benjamin and Bandarra find a couple events particularly interesting this year:

“I think the movies are an under-utilized resource,” Benjamin said. “They’re awesome. They’re all brand new, and they’re really great movies, so I would encourage people to take advantage of those.”

“Also, my pet thing is environmental action so one of our panels will be local—as in Massachusetts—climate activists talking about what they do,” she said. “What do you do after you raise awareness? You get active—so I’m really hoping people will attend that session and get inspired by the amazing work that people are doing out in the community.” (10 a.m. Thursday, Blue Lounge.)

Bandarra said that “Climate Science 101” is a teach-in everybody should go to—students, faculty, and staff. It is designed to dispel some of the many climate-change myths and misunderstandings that are floating around these days. “It’s not a political talk. It’s going to be about what the science is showing us,” he said. (8:30 a.m. Wednesday, Blue Lounge; 10 and 11:30 a.m. Thursday, North/South Auditorium)

His personal favorite? “The local-food barbecue,” he said. “It’s grass-fed burgers, veggie burgers—all local food.” It will run from 11 a.m. to 2 p.m. Wednesday outside on the Lancer Landing patio. If it rains, it moves to the third floor of the Student Center. WSU OneCard IDs will be accepted as payment.

Bandarra also promoted the energy efficient light bulbs available from MassSave at a significant discount—a 10-pack of LEDs for $10, for example. There will be many other green-oriented vendors displaying their wares both days in the Student Center exhibit area, although MassSave will be there only on Thursday.

The fair is being organized by the Sustainability Office, Earth, Environment, and Physics Department, the Urban Action Institute (formerly the Intergenerational Urban Institute), and Chartwells. 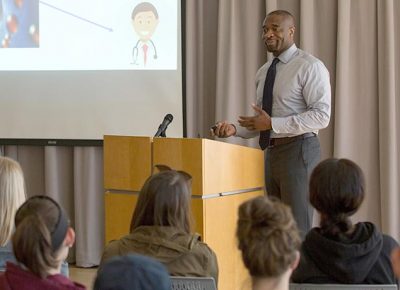 Taking research from the lab to the patient’s bedside is essential for the advancement of medicine, but the number of scientists who are also physicians is not growing, according to Imoigele Aisiku ’92, M.D., assistant professor at Harvard Medical School and chief of the Division of Emergency Medicine Care at Brigham & Women’s Hospital. Aisiku talked to Worcester State University . . .