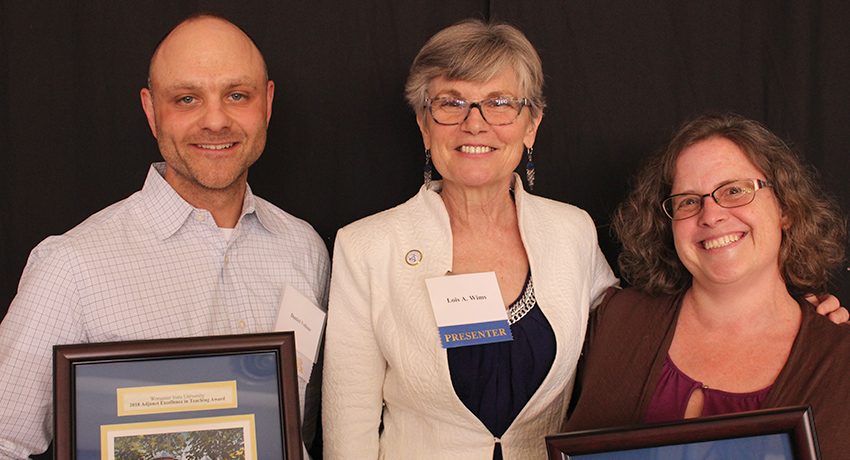 Adjunct Faculty Among the Honorees at Annual Employee Recognition Event

The year 1968 was a notable one for its political turmoil and rapidly changing social scene. It was the year Frank Sinatra first recorded his classic “My Way,” while movie-goers flocked to films like “Planet of the Apes” and “The Odd Couple.” It is the subject of a four-part series running on CNN.

The event brought faculty and staff together to celebrate each other’s accomplishments and dedication to Worcester State University. In addition to the traditional employee service and retiree recognitions, the ceremony honored faculty members who recently attained tenure and the recipients of the Extraordinary Dedication, Campus Collaboration, and Diversity and Inclusion Awards. A new tradition also was begun this year—the presentation of Adjunct Faculty Awards.

A total of 88 employees were honored. “Today is such an important day for Worcester State,” Luster said. “It is a day that, I believe, is most central to our core values. It’s a day that we celebrate the people that make Worcester State great.”

President Barry M. Maloney said the honorees have all worked hard to help the university achieve accolades. “When I go out into the community to talk to different individuals and groups, I talk about how really fortunate I am to work with great colleagues, and I mean that sincerely,” he said. “Today’s event is about celebrating all of you and all of the work that you do.”

Maloney said he hoped those retiring will remain part of the Worcester State community. “We want to see all of our retirees remain connected to this institution. It’s part of the culture that is so enriching about Worcester State,” he said. After offering congratulations, Maloney added: “My expectation is that we will continue to work together to solve problems and on behalf of our students and their families.”

In addition to Sahagian with 50 years of service, and Todd L. Benson (Information
Technology Services) with 40 years, employees who had served 35, 25, 20, 15, 10 and five years were recognized as they posed for group photos with President Maloney.

New this year were the Adjunct Faculty Awards. The recipients were Daniel Vellone (Earth, Environment, and Physics) and Lisa Kramer (Visual and Performing Arts).

About the Photo: Provost Lois Wims, center, presented the inaugural Adjunct Faculty Awards, which were given to Daniel Vellone (Earth, Environment, and Physics) and Lisa Kramer (Visual and Performing Arts). 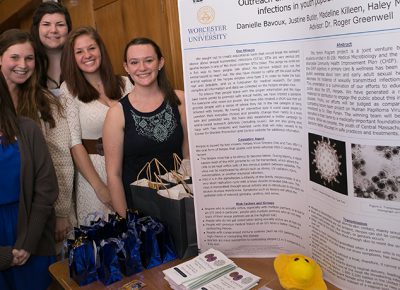 Danielle Bavoux (Nursing) has completed a three-year project on venereal disease, awareness, and prevention. Part of it was done for the Community Health Improvement Plan. She began working on this with Roger Greenwell (Biology) and Ellen Fynan (Biology) during her first year. As part of the Medical Microbiology course, she completed an "adopt a microbe" project for which she investigated a . . .