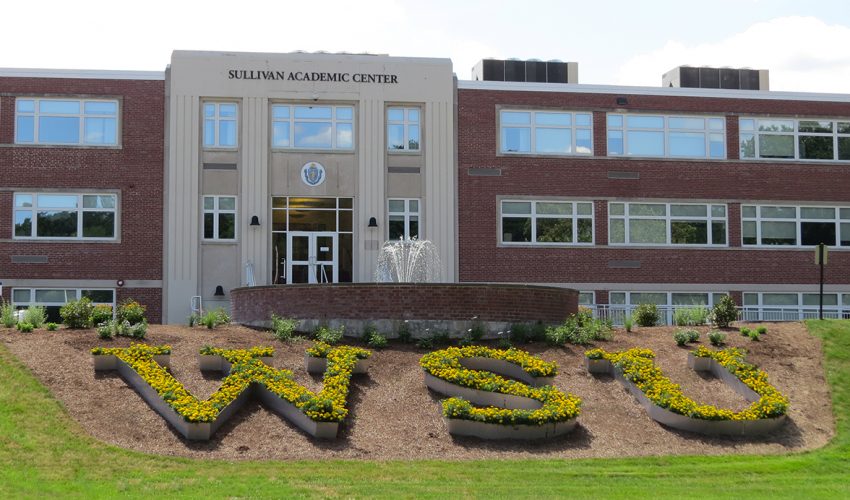 Worcester State University welcomes one of the largest and most diverse incoming classes in its nearly 145-year history today, Tuesday, Sept. 4. The new class is also the most well-prepared academically, with an average G.P.A. of more than 3.3 and an average SAT score of over 1,100.

“This year’s class also is one of our most diverse ever, based on geography as well as race, ethnicity, and gender,” says Ryan G. Forsythe, Ed.D., vice president for enrollment management. “We are delighted to be bringing in this very diverse, academically prepared, robust class.”

The new class includes more than 900 first-year students and more than 500 transfer students. Additionally, applications for admission hit an all-time high of 5,852, representing a 6.3 percent increase over fall 2017. Students were accepted from 33 different states.

Among the many reasons for the University’s continuing strong enrollment trend is the fact that a 10-year-long period of construction, which included a new state-of-the-art Wellness Center, has been largely completed, giving the campus an appealing appearance. “If you look around, the campus itself presents really well, so we consciously tried to get more students to come and actually see the campus,” says Joseph DiCarlo, director of admissions.

Worcester State’s high-quality and varied academic programs, coupled with an attractive campus, seem to have impressed many prospective students and their families, as did the relatively low cost of a state university education.

“These days in higher education, families look at cost compared to the overall experience,” DiCarlo says. “They are coming to campus as visitors and, for what the tuition and fees are, what the students are getting for academic programming, and the physical space, they’re saying ‘OK, this is actually a pretty good deal.’ It’s resonating with them.”

There were 1,369 first-year students who applied through the university’s early action program, representing 30.4 percent of first-year student applications, and a 32.7 percent increase in early action applications over fall 2017.  Also, 21 percent of all applicant chose to use the University’s new SAT/ACT test-optional pilot program. Over half of those students who were accepted had a recalculated high school grade point average of over 3.0.

The test-optional admissions policy, a pilot program implemented by the state Department of Higher Education, allows state universities to waive SAT scores and focus on an applicant’s G.P.A. The program aims to remove a significant barrier for some students, especially minorities who might face challenges when it comes to standardized testing, such as lack of access to test prep materials.

As has been the recent trend, over 50 percent of students in this year’s class are the first generation in their families to attend college. About 30 percent of the students identify as ALANA students (Asian-American, Latino, African-American, and Native American).

“We did see an increase in the number of ALANA students enrolling this year, so it met its goal in terms of increasing access and also diversifying the applicant pool,” DiCarlo says of the test-optional approach.

Another reason for Worcester State’s continued strong appeal to prospective students likely is that, in these times when so many smaller schools are struggling, enrollees here can rely on the University’s long history of stability.

“We have been here for more than 140 years and we will be here for 140 more,” Forsythe says. “We will continue to offer students a fantastic education at a relatively low cost and expect to remain a very stable environment for students to seek their degree. We’ll also be here for them for years to come.”

Students also increasingly find the city of Worcester to be an appealing location, Forsythe says, making it an asset in the overall admissions package.

“Worcester State has, in my opinion, the best options for students for higher education in the region,” Forsythe says. “We are a comprehensive university with many, many academic programs that meet most students’ needs. We offer a beautiful campus in a wonderful area, with Worcester being one of the cities on the move in New England.”

Forsythe says the ongoing revitalization of Worcester strikes a chord with prospective students, with new restaurants and new housing and commercial development, and the recent announcement that the Pawtucket Red Sox will be moving to the city in 2021.

“With all of the wonderful things that are happening in the city, Worcester State students can have a great experience here,” he says.

Enrollments from Worcester Public School graduates continues to be very strong. Application numbers increased by 10 percent and about 145 students have enrolled for the fall, representing 16 percent of the incoming first-year class. 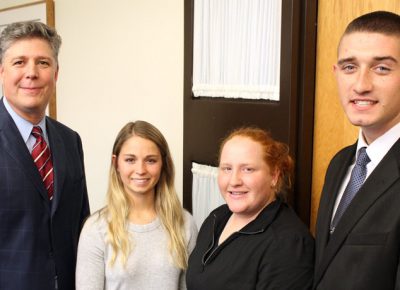