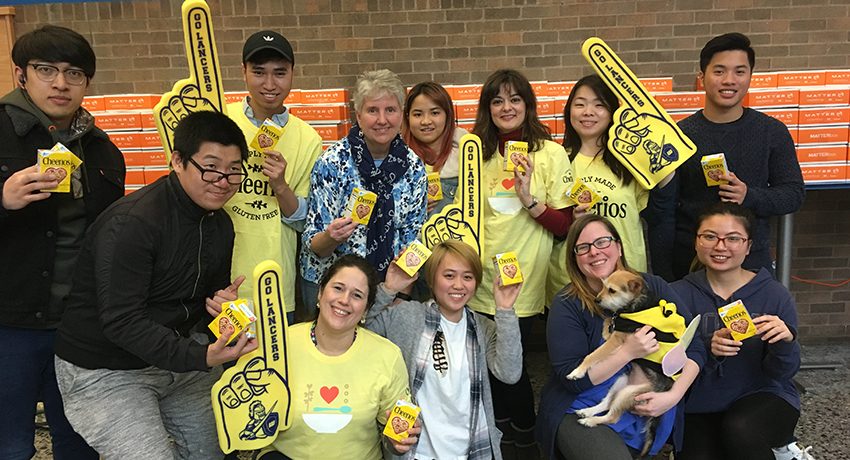 Students gathered in the Student Center to create 300 Matter Boxes that were sent to areas in Worcester with food security concerns, including the South High Food Pantry, the Grace Hotel, the Chandler Magnet Food Pantry, and The Mustard Seed. Each Matter Box included a box of Cheerios and other food supplies that will provide a child with a nutritious breakfast.

The effort was part of the One Million Acts of Good campaign sponsored by The Ellen Show and General Mills, the maker of Cheerios. Worcester State was one of 50 sites chosen to participate in the campaign on Wednesday, February 28.

Many different campus groups were involved in the event. Chartwells, the company that runs Worcester State’s dining services, gathered the food necessary to fill each Matter Box. The Honorable John J. Binienda Center for Civic Engagement helped to reach out to students and clubs to put the boxes together in what Director Mark Wagner described as “speed volunteering event.” Student clubs and organizations Woo Serve, WSUR, the WSU Step Team, and Enactus participated as well as students in the Intensive English Language Institute.

For Madison Thomas ’18, the current president of Woo Serve, the One Million Acts of Good Campaign is a cause that connects to her personally.

“It’s good to shed light on a problem a lot of people forget about like hunger,” she said. “Breakfast is missed out on by a lot of students in the area.”

Growing up, Madison said she often went without breakfast due to her family’s financial situation, so she relates to the struggles of the students she is helping. Woo Serve is a club dedicated to community service on campus and has connected with hundreds of students for events such as this.

The event was about both service and fun for the students gathered there, complete with music in the background, courtesy of WSUR, the campus radio station. WSUR’s president, Steven Tribastone, says he was excited to see his club get involved in this event, and he hopes they can help out in other community service activities.

Enactus, an international organization dedicated to inspiring students to help the world through entrepreneurial action, is focused on “food security,” according to WSU Enactus Secretary Kathleen Coveno. This means ensuring that nobody go without food regardless of their circumstances. She also said that many members of Enactus feel a personal connection to this cause because of their own backgrounds.

About the Photo: Staff and students from the Intensive English Language Institute at WSU who helped pack Matter Boxes for local food pantries

Check out the time-lapse video of volunteers packing the Matter Boxes: 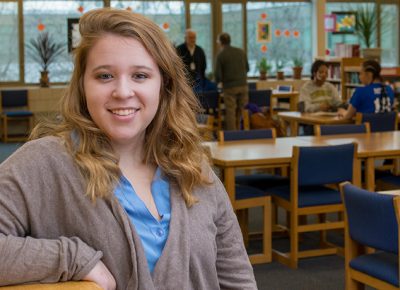 Learning Civic Lessons in and out of the Classroom

When sophomore and history major Isabelle Alera was elected to her hometown’s School Committee in November, she became its youngest member. Her election also made her one of Worcester State’s most civically active, engaged, and informed students. “My goal was to go to school for history and become a history teacher,” Alera says. “And I'm still going for that, but my passion is more . . .