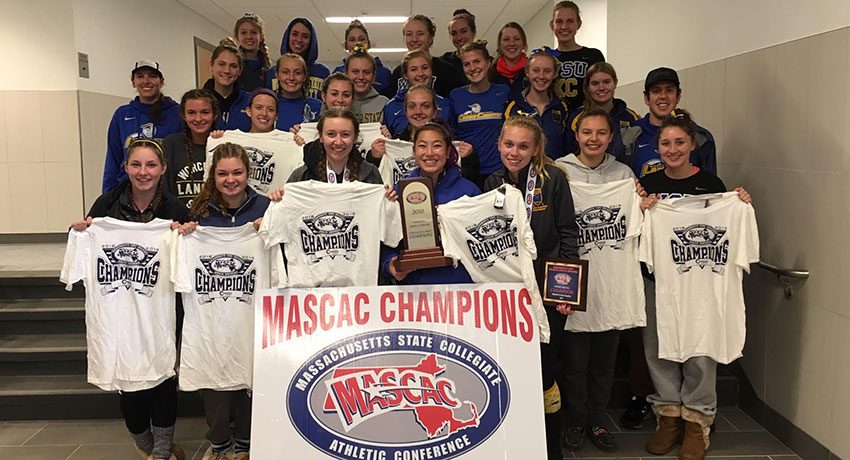 Junior Elisabeth Olson (Wilmington, Mass.) won the individual championship with a 5k time of 20:03.86 to be named MASCAC Runner of the Year as the teams competed in the MASCAC Championships at Mount Greylock High School.

Senior Kelsey Bedard (Leominster, Mass.), freshman Ryann Molinari (Grafton, Mass.), and sophomore Kyra Siano (North Attleboro, Mass.) finished 10th, 11th, and 13th respectively to round out the top five for the Lancers. Bedard’s 10th place finish was good for a spot on the All-Conference team, where she was joined by Olson and Rogers.

The Worcester State University men’s cross country team finished in fourth place at the meet with a score of 78 points.

Freshman Drew Fottler (Chelmsford, Mass.) finished the 8k course in a time of 28:11.68, good for seventh place, to lead the Lancers. As the top first-year finisher in the race, Fottler was named the MASCAC Rookie of the Year.

Fottler’s top-10 performance was good for an All-MASCAC selection, where he was joined by fellow rookie Patrick Carleton (Tewksbury, Mass.), who finished in ninth place overall.

The men’s and women’s teams will both be off until Nov. 10, when they compete in the Division III New England Championships in Brunswick, Maine. 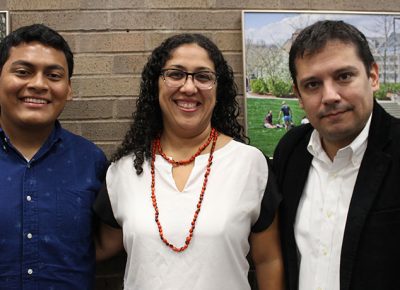 Pedro Medina León, leader of the new Latino Boom literary movement, gave a talk to a standing-room-only crowd in the Blue Lounge on Thursday, Oct. 11, the first in a series of events throughout October that will celebrate Latin Heritage Month. The events will showcase Latin culture through lectures, a film screening, and a fundraiser to benefit the people of Puerto Rico, many of whom are still . . .