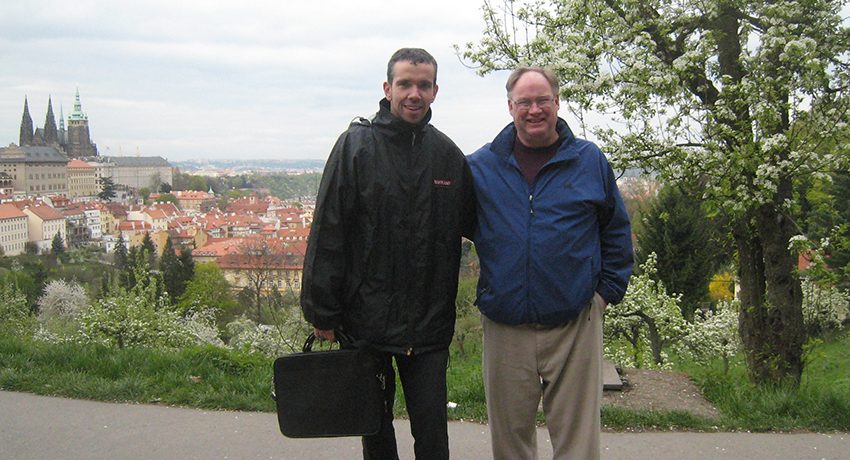 Professor Takes Students to Prague as Part of Class

After more than two decades of working with students from all over the world, Worcester State Professor Bill O’Brien can talk global politics and history as comfortably as he can assess how tax laws affect the United States economy.

But it was a Worcester State Foundation-funded faculty development grant that he received two years ago that allowed him to leverage his many international contacts to influence his academic focus, ultimately laying the groundwork for an international business and economics course he is teaching this semester.

As part of that class, “Business Practices, Economics, and Globalization in Prague,” the professor of business administration and economics will be taking 12 students for a study away experience over spring break in March at the Czech University of Life Sciences, Prague, WSU’s partner institution in the Czech Republic.

“That seminar changed my academic direction to make a big investment in globalization,” says O’Brien, Ph.D. “It gave me a great idea of what is happening around the world and how I could share that knowledge with students, and globalization is a topic that is influencing elections around the globe.”

An expert on tax policy, he has traveled to Taiwan each summer for the past 21 years to teach students from all over the globe about how taxes work in the developed world. About 30 mid-level government officials from developing countries as diverse as the Philippines, Estonia, Vietnam, Sao Tome, Swaziland, and Malawi attend the five-week seminar to understand Western tax systems as they struggle to fund essential government functions in their countries.

Taiwan, a self-governing, industrialized democracy technically under Chinese rule and not in the United Nations, conducts these training sessions as a gesture of good will to the rest of the world, says O’Brien.

“They come to learn how taxes and land policies work in developed countries such as the United States, Australia, Canada, and England,” he says. “Then we discuss how their country works and what they can adapt for their needs.”

For instance, he’s taught participants from Mongolia, famous for the nomads who wander the country, who ponder the question: When you don’t have property, what do you tax? They also discuss how geographic information systems can help map inaccessible areas, and how a traditional barter system (offering livestock as compensation, for example) can be translated into tax revenue.

Two years ago, he used faculty development funds to attend a two-week International Faculty Development Seminar of the Council on International Education Exchange in Belgium. The seminar involved morning lectures on international business issues, but also allowed for field trips to places like the Amsterdam Stock Exchange, established in 1602 by the Dutch East India Company as the first joint ownership stock market, and automobile factories, such as Volkswagen, among many other iconic business and historical sites.

O’Brien says that seminar laid the foundation for where he will take students as part of the Prague course. He is also working with a faculty contact he made while teaching in Taiwan—a fellow walker and adventurer—who teaches at the Czech University of Life Sciences.

“The Czech Republic has an interesting economy—they aren’t on the Euro, have very little immigration, and 80 percent of Czech’s GDP is produced by non-Czech owned companies,” he says. Its location gives easy access to many other European landmarks, and he is planning visits to iconic historical and architectural locations in multiple countries while looking at how political and economic systems have influenced growth and development.

In addition to his course, O’Brien is hoping Worcester State undertakes a faculty exchange program, where Czech faculty would come to teach for a semester in Worcester, and WSU faculty would teach in Prague in exchange.

“The world is getting smaller every day and this is just one more step in that direction—a natural step in my opinion,” he says. 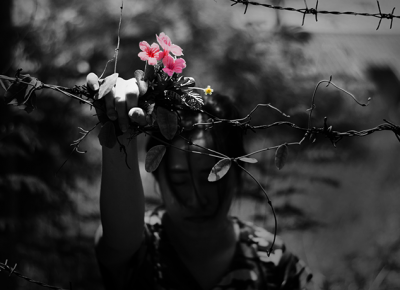 With the plight of the immigrant and refugee in today’s spotlight, Worcester State Theatre takes on the story of Anon(ymous) by Naomi Iizukam, which tells the tale of the refugee. The play is student-directed, with 10 additional students appearing in it. It will be performed in the Fuller Theater of the Shaughnessy Administration Building on March 1, 2, and 3 at 8 p.m. and March 4 at 2 p.m. . . .