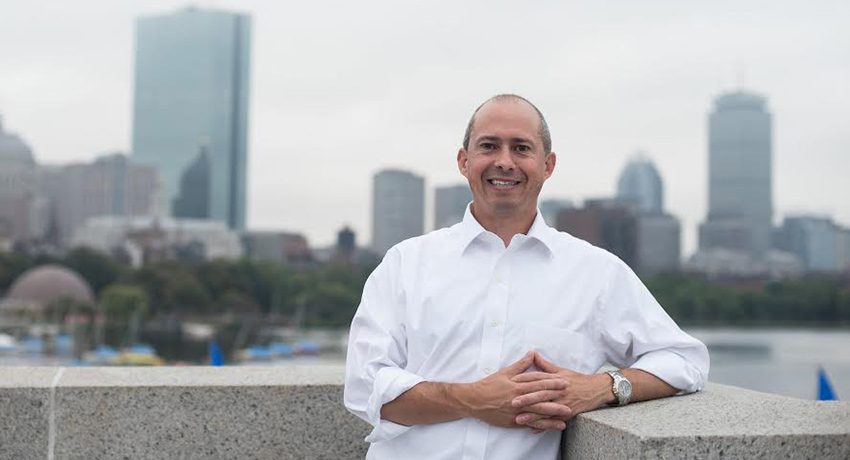 Jay Gonzalez, one of the Democratic candidates for governor, spoke with members of the Worcester State University community and local residents to provide insight into his aspirations for the elected office on Tuesday, April 17.

He spoke passionately about his desires to grant Massachusetts residents a shift in government that would move the state towards progressive change. Highlighting his previous work as secretary of administration and finance under former Governor Deval Patrick during the Great Recession of 2008, Gonzalez spoke of his abilities to move the state forward through innovative programs and policies, offering his previous experience as a CEO of a health insurance company providing access to low-income families as well as his time as former chairman of the Massachusetts Board of Early Education and Care as examples.

Gonzalez explained that his introduction to politics began during the summer before his senior year of college. Since then, he has gone on to develop and focus his attention and efforts to “speak to issues that make people angry.”

His passion for addressing deep-seeded and controversial issues in Massachusetts such as health care, education, immigration, environmental protection, and criminal justice, among many others, is manifested through his outspoken personality and engagements with concerned communities—as was seen when he spoke to the Central Massachusetts community at Worcester State’s Student Center.

Gonzalez’s desires for putting the people of Massachusetts first through actively pursuing policy change to protect the lives of those most vulnerable ushered in applause from the crowd lending eager ears.

“We desperately need public leaders standing up to hate and discrimination,” Gonzalez said as he made clear of his stance towards targeting racial disparities, sexual misconduct, and the inequalities of public education support. The Democratic candidate’s support for investing in public education hit home with many of the listeners, as students facing affected by the high cost of college were present.

“Education is our most important responsibility,” he said, adding that he would like to see state universities and community colleges “properly funded and debt free.”

Well-received is one way to describe how the Worcester community took in Gonzalez’s appearance. Smiles, applause, and wide ranging follow-up questions demonstrated the intrigue present throughout the room. Concluding the event, Gonzalez’s left the room in obvious satisfaction, as he began to casually mingle with the audience.

Gonzalez is one of three Democrats running for governor. The other candidates are Bob Massie or Setti Warren. They will face off in a primary in September, with the winner of that election going on to challenge Governor Charlie Baker, a Republican, in the November general election. 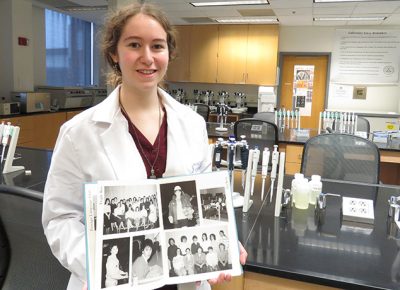 Junior Sarah Cross shares more than just DNA with her mother. She’s also an aspiring biologist and president of Worcester State’s chapter of Beta Beta Beta, one of the few chapters of the biology honor society at area colleges. Cross’ mother earned her bachelor’s degree in biology from Trinity College of Vermont and led its chapter of TriBeta, the honor society’s commonly used . . .