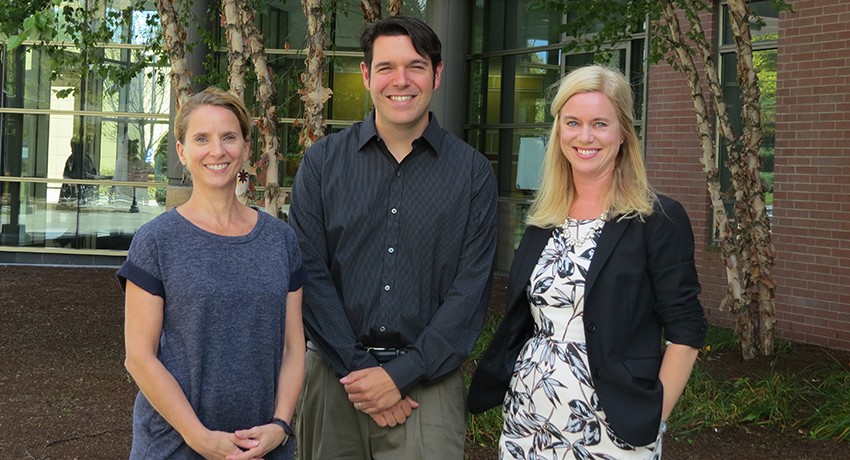 Frechette and Hunt shared their analysis of “media education for a digital generation” with fellow Worcester State University faculty who attended this year’s first Shared Scholarship gathering. They were joined by Professor of Communication Suzanne Gainer, M.F.A., who shared photographs of Costa Rica’s arribidas, the four-month-long olive ridley sea turtle nesting ritual, which she witnessed during her fall 2015 sabbatical.

Frechette co-edited the book Media Education for a Digital Generation and Hunt contributed its opening chapter, “The Selfie, Photographic Communication and Digital Literacy.”

Among the questions the book examines is what it means to be digitally literate in the information age. In a rush to “access the latest to have an advantage in the marketplace,” a “bandwagon effect” is created “to use technology for technology’s sake, rather than for its transformational qualities,” Frechette said.

There also is “a concern about fragmentation,” she added.

When digital-literacy researchers look closely at social media usage, they find that the “conversationalists aren’t the dominant segment yet,” Frechette pointed out. Rather, most people are “spectators and joiners,” those who are watching and consuming the entertainment or content.

The book also questions how “fun and play in the digital world costs us” in health, time, and labor, she said. “Companies are profiting from people generating free content.”

A photojournalist earlier in his career, Hunt said that he developed an interest in ways his friends and family were communicating through images.

Some say we are in a visual media society, he noted, adding that most young people today are sharing images almost at the same rate they are sending text messages.

It’s important, especially for young people, to understand that “when you put it on the web, it’s there, especially when there are people who want it to stay,” Hunt said.

Regardless of how people feel about having an online “personal brand,” he said that they should think in terms of “impression management” and “need to learn how to live publicly.”

Given the rate at which people are sharing images with each other, Hunt’s photojournalism background drives his interest in teaching the idea of photo literacy to a wider audience. “If we taught people the basics of composition, it would help them understand” concepts like the power of thirds, lighting, and background, he said.

During her presentation, Gainer educated her fellow faculty about the rare, coordinated mass nesting by hundreds of thousands of olive ridley sea turtles that begins in August and ends in December. During one of the darker moon cycles of each of these months, turtles swim to the beach of the Ostional Wildlife Refuge, laying 100 eggs each.

Gainer chose to witness the event last November. “One of the reasons I came for the November [arribidas], the eggs that were laid in August were hatching in November,” she said. “So it’s really one of the only times that you can see both the laying and the hatching.”

“It was really a wonderful, beautiful experience,” Gainer said as she showed some of her photographs. It’s also heart-wrenching to watch, as vultures, dogs, and people prey on the turtle eggs.

The government allows people to harvest eggs on the first day of each arribidas because the success rate of these eggs is very low, she said. The turtles that come ashore on the following nights are likely to dig up nests made on the first night.

On the second day, villagers become egg defenders, protecting them from poachers, dogs, and vultures. In spite of their efforts, the survival rate is only one percent.

Gainer plans to give another presentation about the Costa Rican arribidas during the Sustainability and Food Fair in October. 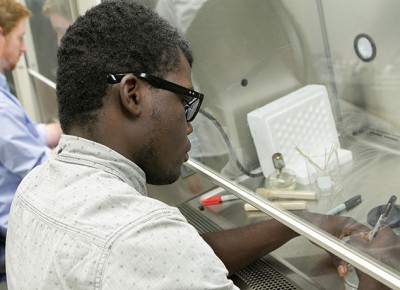 Learning is not always fun. But some Worcester State University professors have set out to infuse some fun into their classrooms, incorporating online games and surveys, mock trials, and hands-on research. At the recent Summer Institute, a panel of professors shared and discussed teaching methods they use to engage students in the classroom. Moderated by Assistant Professor of Communication . . .