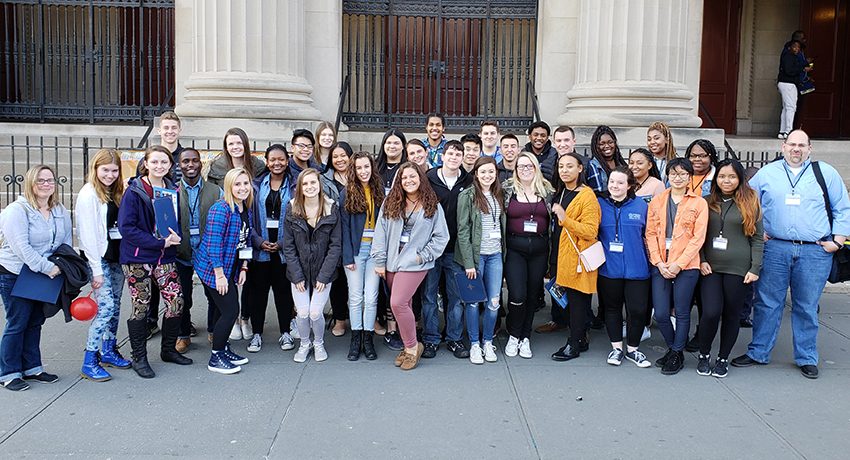 Thirty-four students from the Community Leadership Experience at Worcester State (CLEWS) travelled to New York City, and took part in a community-learning experience at the Mount Olive Baptist Church, led by Michael Eatman and his father, Pastor Charles Eatman, on April 21-22.

The CLEWS team worked with children on Saturday, and on Sunday visited the Museum of the City of New York, for a show on Martine Luther King Jr., and then attended a theatrical performance, “Sonja, An Act of Remembrance,” at the National Black Theater of Harlem. Based on a true story, the play focuses on Charles Ignatius Sancho, a composer, writer, and the first black man to have cast a vote in England.

“Race is just an appearance and it does not define one another or make one race superior than the other,” said Brandon Cisneros ’21. “The groups of children we worked with in the workshops were all smart in their own perfect ways. During this trip we, the children, and CLEWS members worked together as a unit, no matter the color of our skin.”

Junior Jessica Lloyd remarked, “I found beauty in graffiti, passion in respect of our history, and discovered different moments of cultural boundaries being pushed forward.”

The CLEWS spring NYC trip centers around issues of social justice. In the past, trips have focused on 9/11, immigration, and Jewish history and culture. This year, with the aid of Michael Eatman and his father, the trip focused on and celebrated African American culture. 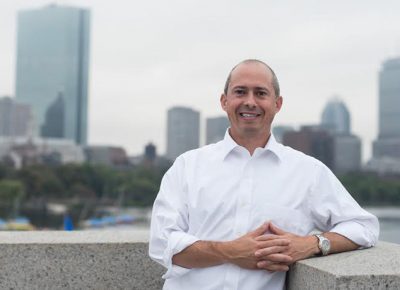 Jay Gonzalez, one of the Democratic candidates for governor, spoke with members of the Worcester State University community and local residents to provide insight into his aspirations for the elected office on Tuesday, April 17. He spoke passionately about his desires to grant Massachusetts residents a shift in government that would move the state towards progressive change. Highlighting his . . .